Meet Our Board of Directors

Steve founded CS4IL after discovering in July 2017 that no state-level advocacy group for K-12 Computer Science Education had yet existed in Illinois.  With little more than a personal credit card, Steve decided to launch CS4IL in the spirit of creating a network of individuals spanning all regions of Illinois and representing the many stakeholder groups vested in the organization's Mission to achieve a world-class Computer Science education for every student, in every school, throughout the state.  Steve is also a founder and elected President of the Chicago Suburban Chapter of the CSTA since its launch in 2012, served as the elected Chair of the ISBE Computer Science Education Task Force and was Principal Writer of its Report and Recommendations to the 100th General Assembly, and has worked extensively with state and federal legislators on this issue.  Steve holds nearly two decades of high school teaching experience, several years as a school administrator, and holds a Master of Science in Computer Science and a Master of Arts in Educational Leadership.  Most importantly, Steve is blessed with two children and a wife who collectively remind him daily of the power of laughter, patience, and love to truly be of service to others.
Contact Info: cs4illinois@gmail.com 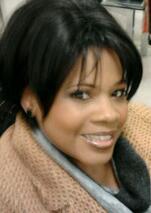 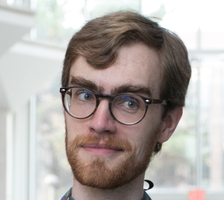 Andy Rasmussen - Secretary
Andy Rasmussen is the Computer Science Project Developer at Chicago Public Schools, working to integrate CS into the curriculum and the culture at CPS. Over the course of his career as a theoretical and computational chemist, he learned the hard way what he believes every student should learn in school: the power of computing to empower students to shape their own future. He answered an early call from CS4All at CPS to serve as a teaching assistant for new CS teachers, and fell in love with the work that would shortly grow into CAFÉCS (the Chicago Alliance for Equity in Computer Science) and CS4IL. Andy also now teaches at DePaul, leading a class of CS undergraduates who serve as teaching assistants in Chicago CS classrooms.